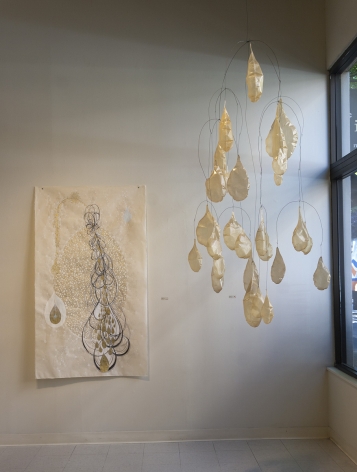 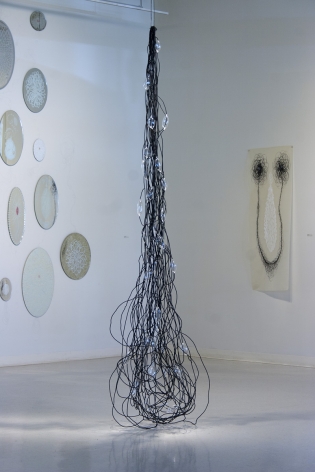 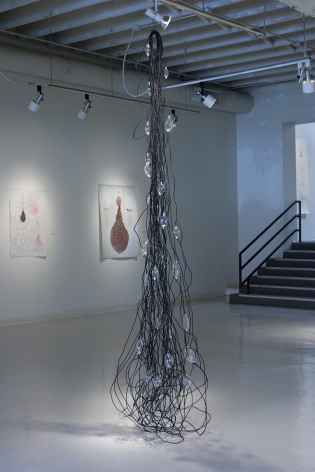 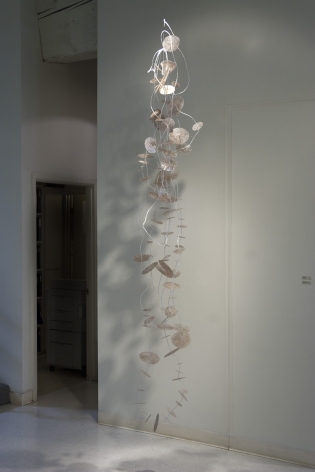 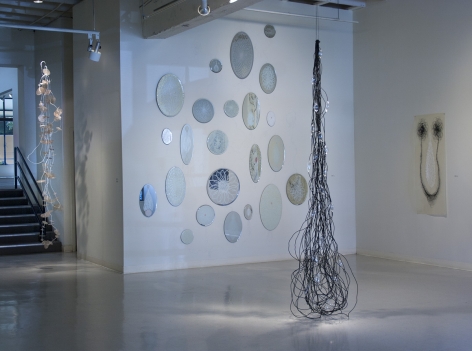 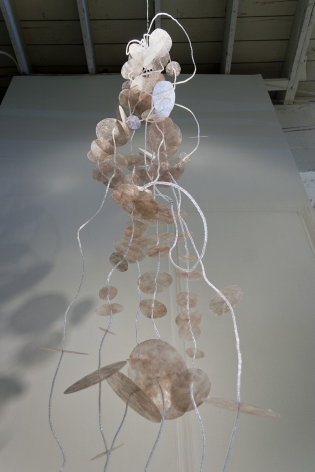 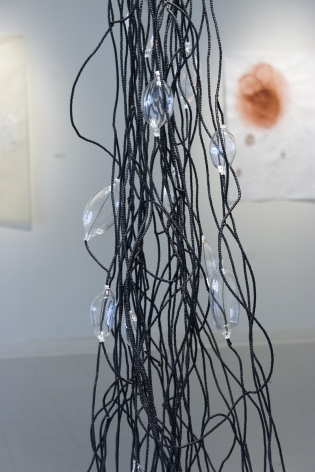 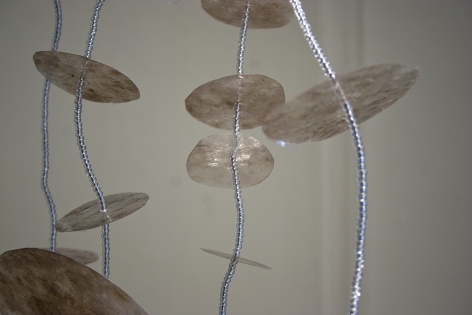 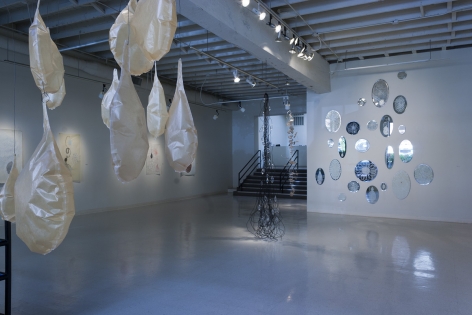 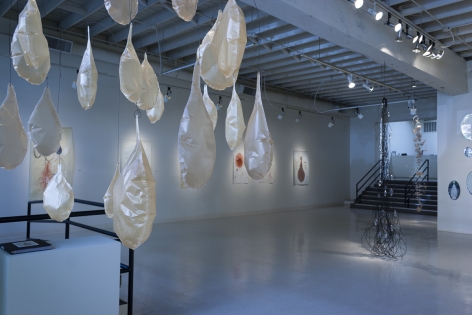 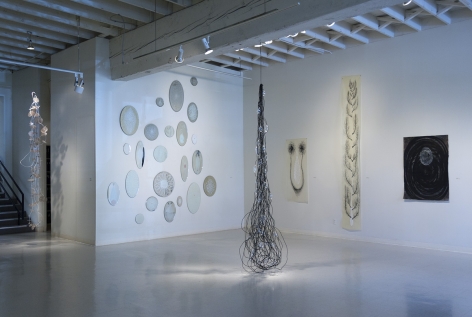 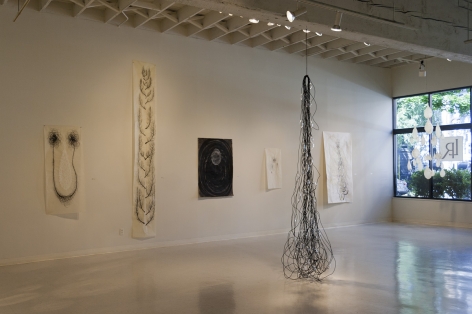 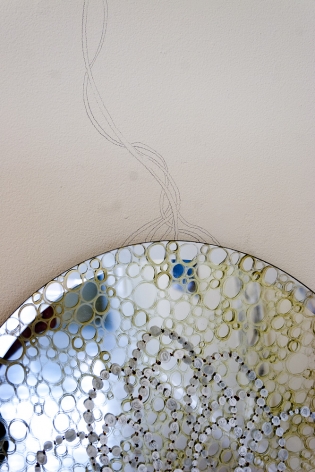 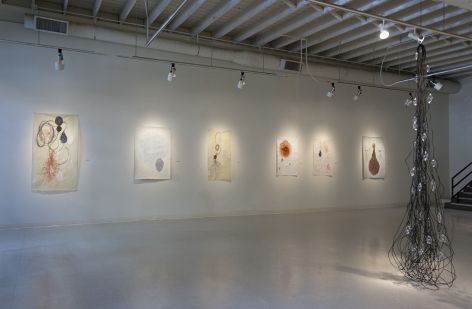 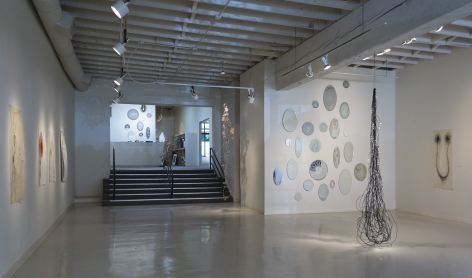 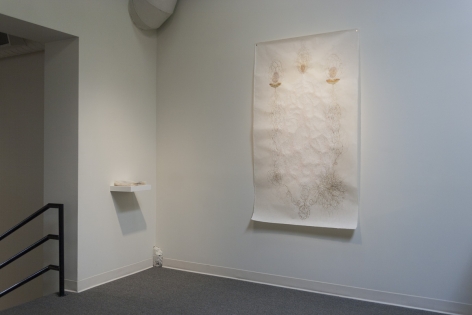 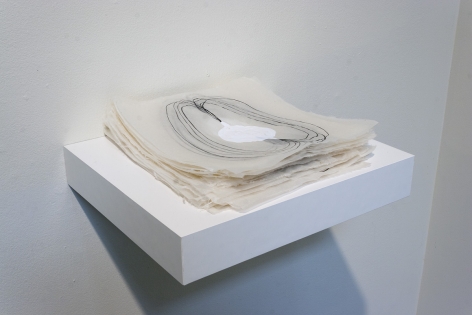 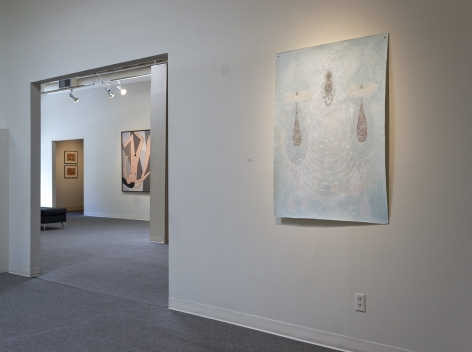 This exhibition entitled Draw, by Dana Lynn Louis, marks her return to the gallery after several years pursuing a variety of projects including major public art commissions and the establishment of a cultural center in Bamako, Mali. Her latest work is particularly influenced by her time in Mali, and her observations while there that the boundaries between life and death shift and flux, as do the distinction between reality and the imagination. The delicacy and intransigence of the drawn line in her work parallel the constant changes and new directions of life and death. The imagery in her work is suggestive of internal bodily systems as well as patterns of nature, and is part of her ongoing effort to consider the timeless and fascinating systems of the body, the natural and constructed world, and their interconnections.

Dana Lynn Louis received her MFA from Ohio State University and came to Portland in 1988 as an artist in residence at the Oregon School of Arts and Crafts. For two decades she has maintained a rigorous studio practice that engages architectural space, glass, light and shadow among numerous other materials. The results fluctuate between intimate domestic-scaled pieces, to interdisciplinary performance collaborations, and large-scale public works that energize and alter one’s experience of their environment. Louis’ work is influenced by her travels, her many collaborative experiences as an artist and also by her practice and study of yoga. Her work explores the connective layers in all of these experiences. Sculpture Magazine, Artweek and the German periodical Glashaus, among other periodicals have reviewed her work. In addition to awards from the Regional Arts & Culture Council, Louis is a recipient of the Pollock Krasner Foundation grant, a recent residency at Caldera in Sisters, OR and an upcoming residency at the Museum of Glass in Tacoma, WA. She has shown her work in exhibitions at the Art Gym, Marylhurst College, Oregon, and the Berkeley Art Center, California, among others. She will have a solo show in 2014 at the Hoffman Gallery, Lewis and Clark College, Portland, OR. 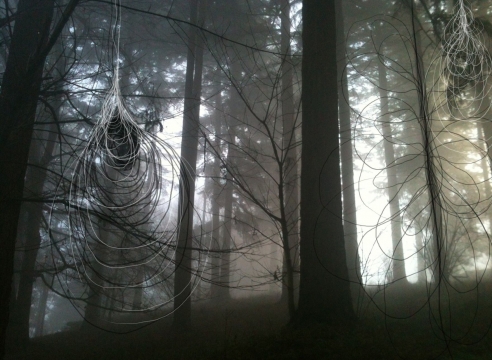