In her most recent show, Gina Wilson explores the possibilities of hand built ceramics, translating the distinctive lines and figures of her paintings to the earthy and substantial dimension of clay. Those reminiscent figures discover the playfulness of the human form, the many shapes and sizes in which humanity can be found. Enigmatic poses and funny, faint memories are parts of the evolving process. The imagery is worked back upon itself until there is a mature yet primitive beauty to it, complementary to the medium in which it is etched. As flexible as the figures themselves, the ideas suggested by the works begin in one place, and end up in another, allowing for a variety of diffuse and equivocal readings.

Originally from Chicago, Gina Wilson, has had work exhibited in the Chicago Public Library, the Oregon Biennial at the Portland Art Museum in 1989 and 1991, the University of Oregon, and the Seattle Art Museum. Her work is in private and public collections including the Portland Art Museum, Portland State University, The Tin House, Stoel Rives LLP, and Harsch Investment Corporation, as well as a commissioned mural for the city of Beaverton, Oregon. 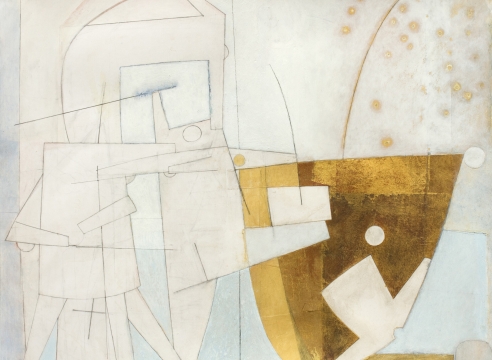