An internationally known and sometimes controversial artist, Robert Colescott has long explored the social questions of our times with both seriousness and wit. His topics range from the mundane to the profound, touching on race, history, sex and power. His work was selected to represent the United States at the 47th Venice Biennale in 1997. Additionally, he has been the recipient of several grants, including a Guggenheim Foundation grant, and National Endowment for the Arts Awards. Colescott received his education from the University of California at Berkeley and the Atelier Fernand Léger, Paris. He is Emeritus Professor of Art at the University of Arizona in Tucson. From 1957 through 1966, he served as Associate Professor of Art at Portland State University. 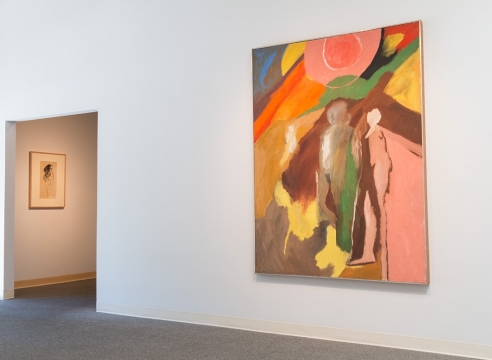 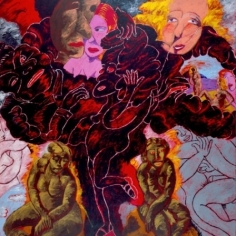 There’s a tantalizing little glimpse of Robert Colescott’s work at Laura Russo Gallery right now. Colescott (1925-2009) was an important American painter, representing the United States in the Venice Biennale in 1997.

​The Colescott show hangs in the back galleries at Laura Russo: Up front are dozens of painted ceramic heads by J.D. Perkin. While the Colescott show gives just a suggestion of Colescott’s achievement, Perkin’s is a major exhibition of what seems to be breakthrough work. 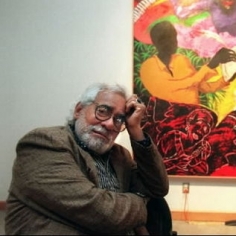 Like many brilliant artists, Robert Colescott was a complicated man. He was married five times, for instance. He was charismatic but, like his racially and sexually charged paintings, he could also ask questions in a way that could make people squirm, friends say.