The Port and Fishing Remnants

Jackie K. Johnson has a long tradition of using a variety of evocative, totemic forms, and sophisticated color to delve into the twists and turns of life. Her work explores internal and external landscapes through vibrantly colored and densely composed imagery, inspired in part by her daily experiences that include fishing, gardening, and painting. Images are often made of compositions within compositions. Johnson has noted that her work addresses aspects of “chance and fortune,” and also seeks to organize the complexity of existing in the 21st century. Her use of vivid color and adroitly organized forms infuse her paintings with humor and vitality, inviting viewers in to explore their myriad layers and possibilities.

Johnson is a native of Oregon and a graduate of the Pacific Northwest College of Art. A formative part of her career was spent in New York City from 1978 to 1993, where she worked and exhibited her paintings. She has been included in gallery and museum invitationals such as the Blair Art Museum and the Johnstown Art Museum in Pennsylvania, the Academy of Art in Easton, Maryland, and 55 Mercer Street Gallery in New York. In 2014, Johnson's work was featured in a solo exhibition in the Oregon Governor's Office at the state capitol in Salem. Her work is in the collections of: the Hallie Ford Museum of Art, Willamette University, Salem, OR; the City of Portland; Meyer Memorial Trust; Oregon Health and Science University; the Safeco Corporation, Seattle, WA; and the Portland Art Museum. 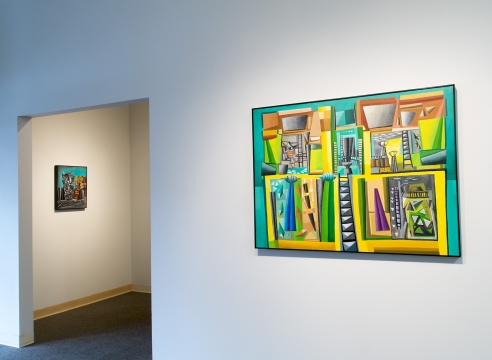 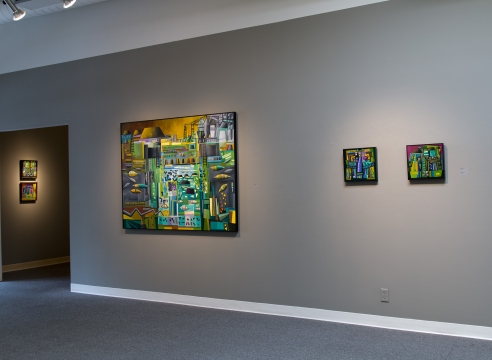 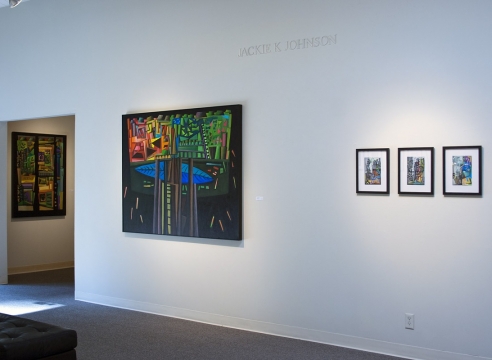